The shares of Creotech Instruments, one of Poland’s largest space tech companies, have just debuted on the Warsaw Stock Exchange’s (WSE) main market. It is this year’s third newcomer to the main trading floor and the 420th company listed on the WSE. Among others, 396,558 series I shares issued this June were floated on the regulated market. Against the backdrop of a challenging market environment, the company raised PLN 39.65m gross under the offering, with retail investors’ subscriptions seeing a 40% reduction. The global coordinator of the transaction was Dom Maklerski Navigator S.A. with Noble Securities S.A. acting as co-coordinator.

“Today, I am pleased to announce that we have transferred the listing of our shares from the NewConnect market to the Warsaw Stock Exchange’s main trading floor, thus reaching one of the main milestones we have set for ourselves this year. I hope that our presence on the WSE’s regulated market will further reinforce Creotech Instruments’ image and that the issue proceeds will contribute to our continued rapid growth. My satisfaction is all the greater considering that our offering was carried out in highly unfavourable market conditions. Yet against these odds, we successfully attracted investors and raised almost PLN 40m for the company,” says Grzegorz Brona, President of the Management Board of Creotech Instruments S.A. “On the one hand, Creotech is a value stock because we are already turning a profit, and, on the other, we are a growth stock because we have robust growth prospects. I believe this mix is very desirable in the current environment,” adds Grzegorz Brona.

Thanks to new issue, the company raised PLN 39.65m for further development, including completing key satellite and quantum system R&D projects and enhancing its production and sales capacities. The global coordinator of the offering concluded in June was Dom Maklerski Navigator S.A., with Noble Securities S.A. acting as co-coordinator and law firm WBW Weremczuk, Bobeł & Wspólnicy serving as legal advisors and CC Group Sp. z o.o. as advisors to the Management Board.

Creotech is active in the very promising space tech, quantum computer and drone markets, with one of the company’s primary goals being to place the EagleEye satellite in orbit, followed by observation satellites for the defence sector under the PIAST project, which should lead to an exponential growth in its value. In April 2022, the company completed the first phase of the PIAST project. The undertaking aims to create in Poland the instruments of the national system of Earth observation satellites for the Polish Armed Forces. This will mark the first commercial implementation of the proprietary HyperSat satellite platform developed by the company. In addition to the PIAST project, a team comprising Creotech engineers and business partners is working on EagleEye, an Earth observation microsatellite slated for launch to low Earth orbit in late 2023/early 2024.

Creotech is also dynamically growing on the quantum market. The company was the first European manufacturer of new generation computer control electronics. Since 2019, Creotech Instruments has also been contributing to Sinara, the most advanced qubit control hardware ecosystem on the market, developed with the University of Oxford and other partners. Offering a 20-fold improvement in quantum system efficiency, Sinara features standardized management and reduced energy consumption.

Soon, Creotech will also launch its largest project in the field of quantum technologies to date as recently an international consortium led by the University of Innsbruck, of which Creotech is a member, was selected by the European Commission to build the first large quantum computer for the EU. The project aims to build a 100-qubit quantum computer by 2025 and achieve technological readiness to build a 1000-qubit solution by 2029.

Furthermore, in June, the company announced that it would team up with Malaysia’s TATI University College to develop satellite technologies. The partners will collaborate to create satellite and drone products tailored to the needs of the Southeast Asia region. 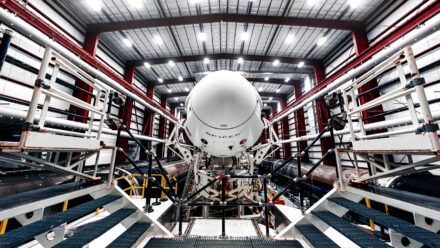 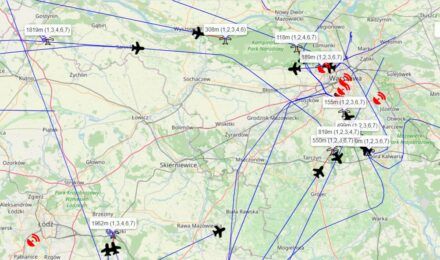