Creotech Instruments S.A., Poland’s leading manufacturer of satellite systems and components, and advanced electronics, launched its new R&D project: “Electronics in Response to the Challenges of Quantum Technologies” with a total budget of PLN 7.2m. The Company secured over PLN 5m in financing from the NCBR for the project, which it will allocate towards developing advanced solutions for the quick integration of complete quantum computer control systems.

The commercial quantum computing market is experiencing rapid growth driven mainly by laboratory work to increase the computational capabilities of modeling and accurate solving of increasingly complex problems. Over the last two years, both IBM and Google showcased their progress in quantum computing.

This impressive growth is undoubtedly fueled by national and international programs. The USA’s National Quantum Initiative Program, with support for development of computer processing technologies and applications based on quantum-phenome as its main goal, receives USD 1.2bn in funding from the federal budget. In turn, in 2018 the EU launched its Quantum Flagship with a budget of EUR 1bn, a program designed to position the European Union to compete on the global market related to the second quantum revolution, including quantum computers,” says Grzegorz Kasprowicz, PhD, co-founder and head of R&D at Creotech Instruments S.A.

The project will extend Creotech Instruments’ involvement in quantum computing and is poised to deliver Poland’s first and one of the world’s first modular electronic devices for quantum technologies based on specifications agreed by leading research groups from the USA and the EU. Equally important, these will be the world’s first devices adapted to specific processes occurring in the operation of quantum computers based on ion traps and superconducting qubits. These solutions are also applicable to atomic clocks, time and frequency standards, highly sensitive sensor systems, gravimeters and in the study of the chemical properties of particles and biomolecules.

“In our project, we will use prototypes of control and measurement solutions, which, while known and available, remain underdeveloped. We plan to develop them independently, creating a set of innovative products which we will bring to Technology Readiness Level 7 (TRL7) and then commercialize,” says Anna Kamińska, PhD, R&D Project Manager at Creotech Instruments S.A.

“We aim to develop solutions facilitating the quick integration of end-to-end quantum computers control systems tailored to the needs of a specific qubit architecture. These can be used by scientific institutes for the automation and conduct of experiments in the field of quantum physics and its applications in chemistry and biology, as well as commercially for the construction and control of devices using quantum phenomena, for the development of extremely precise time and frequency standards and highly-sensitive sensor systems. In the long term, our solutions will serve to enhance the efficiency of quantum computers. This is of great importance for the future application of quantum computers in such areas as semiconductor chip production optimization, production flows and robotic task scheduling for complex products, e.g. cars and aircraft, production of new drugs and biochemical materials.”

For over three years now, Creotech Instruments S.A. has also been part of the ARTIQ/Sinara project seeking to develop an ecosystem of electronic control and measurement modules for controlling quantum technologies, in particular computers. The project was launched on the initiative of leading international research groups: the University of Oxford, NIST, PTB, University of Maryland, Army Research Lab, University of Hannover, University of Oregon and the Warsaw University of Technology. At present, the modules produced by the Company allow for controlling all aspects of working with qubits based on ion traps or cold atoms.

“The modules and devices under development as part of this project will represent the only comprehensive portfolio of electronic solutions for quantum technologies on the market. Their modular concept and focus on compatibility will make it possible to build complete systems dedicated to quantum applications much faster. A modular system offers a competitive advantage among both scientific and industrial users in need of scalable, open systems offering expansion capabilities. One major advantage of the envisaged system is that it will fully cater to the needs of a trapped ion quantum computer in terms of its control system,” Grzegorz Kasprowicz, PhD.

The “Electronics in Response to the Challenges of Quantum Technologies” project is scheduled to run for 3 years.

Creotech Instruments is Poland’s largest manufacturer and global exporter of space technologies and specialized electronics and instruments, including for quantum computers, quantum cryptography, as well as quantum physics and high energy laboratories. The Company’s products were part of 26 space sector projects, including 10 space missions, 4 of which were carried out for the European Space Agency (ESA). In April, the company successfully completed its IPO, which saw it raise PLN 11,285,000. The funds were used to continue the development of EagleEye, an Earth observation satellite and bring the HyperSat microsatellite platform up the state-of-the-art. The Company is planning to develop its own offering of modular satellite platforms, as well as to purchase a third production line for electronics assembly with a view to scale-up its operations. 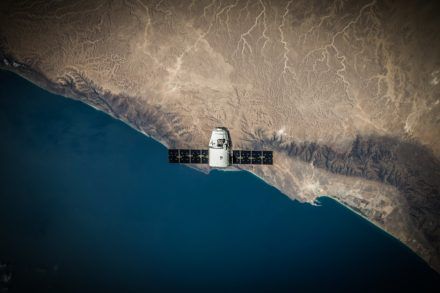 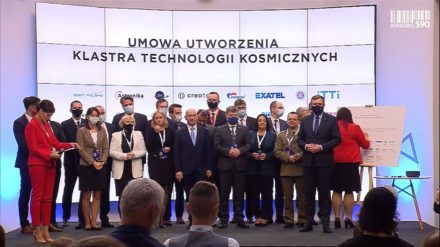 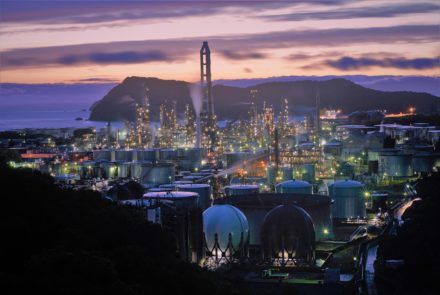